Resistance is futile. Give it a rest!

Have you ever watched two hard-core arm wrestlers? Both are exerting all their strength to resist the force of the opponent’s hand. This typically involves a lot of sweat and strain, grunting and grimacing.

And, sometimes when a wrestler resists too hard, Bad Things happen. Just search YouTube for “arm wrestling gone wrong” and you’ll see what I mean. Dislocated elbows and broken bones are a high price to pay for resistance. I guess it’s not surprising so many people find it easy to resist accepting challenges to arm wrestle; it’s a way to stay safe.

Unfortunately, there’s one type of resistance, well known to many entrepreneurs, which does more harm than good. Are you one of the otherwise-smart people who resist taking the tough, uncomfortable steps you know you must take to make your business succeed? If so, I can guarantee you’re expending a lot of energy, sweat, and strain – and getting nothing useful to show for it.

Resistance is one way your ego tries to protect you.

The ego is marvelously creative – and so solicitous. There’s almost no limit to the number of ways your ego can devise to protect you from “harm”, i.e., anything that might bruise your feelings or your psyche.

Here’s the problem, though: In an attempt to keep you from harm, your ego also keeps you from true satisfaction and success. After all, it’s really hard to create a big, beautiful life for yourself if you’re continually playing small, living within your comfort zone, and choosing to avoid anything that looks risky.

Resistance can serve as a clue that what you’re resisting is important.

Whenever I share a challenging perspective or observation with a friend of mine, there’ll be a significant pause [insert sound of crickets chirping]. Then she’ll say, “That must be important; my stomach just knotted up.”

Pat is sufficiently self-aware to know she’s experiencing a physical reaction to her knee-jerk resistance – and to move beyond it.

Think back to a childhood illness and how your mom or dad had to hog-tie you to get you to take medicine that would make you feel better. If you had stopped thrashing long enough, you might have realized this action would take you a step closer to being well enough to play with your friends again. But despite the importance of treating the illness, you resisted the remedy.

Your inner child wants to do the same thing when it comes to moving your business up a level or three. The challenge is that you get to be both resistant child and outcome-oriented parent in this case.

Gay Hendricks, author of The Big Leap, offers a number of suggestions for dealing with hidden fears and the resistance they create. I’ve found this book to be hugely valuable, and I highly recommend it.

Resistance depletes your energy and confidence as it delays or derails your success.

Resistance costs you. Don’t let anyone tell you differently.

This was brought home to me rather forcibly when I found myself resisting the need to take an empty laundry basket from our second-floor bedroom into the basement. I thought I’d just take it down to the main level now and finish the trip later. I didn’t want anyone to trip over it, naturally, so I started looking for an out-of-the-way place to put it. When I couldn’t find a big enough spot, I thought I’d just balance it on a near-by chair, but then I realized I’d have to clear the chair off. That’s when the Blinding Flash of the Obvious hit me: Stop wasting time and energy and just take the damn thing to the basement. And be done with it. So I did.

Resistance is good at camouflaging itself.

Resistance often disguises itself as “reasonable explanations” for why you’re not moving ahead on something. So how can you tell you’re getting sucked into the black hole of resistance? Ah, let me count the ways. 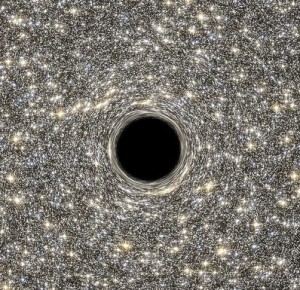 Got enough to think about yet?

Resistance is a PITA fact of life for most of us, and, while it’s not necessarily easy to deal with it, it’s certainly important to deal with it if you’re committed to success on your terms.

So I encourage you to do some homework this week and start identifying the activities and situations which most often trip your resistance switch. Then next week, when you have that awareness top of mind, we’ll explore some ways to deal with this challenge. Because resistance is not the boss of you – unless you let it be.

If you find yourself resisting the idea of tackling this by yourself, it might be worth it for us to have an ear-to-ear conversation.

An efficient and no-risk-to-nobody way to do this is through a get-acquainted phone call. After just 30 or 40 minutes, you and I would both be confident in whatever mutual decision we reached – yes, no, or not yet.

If that’s worth exploring, just call me at 319-270-1214 or email me with “I almost resisted sending this email” in the subject line. We’ll set up a time for our call and see what transpires.

(By the way, thanks to Hector Alejandro for his arm-wrestling image and the NASA Goddard Space Center for the black-hole image.  I found both in the Creative Commons section of Flickr.)

This entry was posted in effectiveness, productivity and tagged habits, procrastination. Bookmark the permalink.

13 Responses to Resistance is futile. Give it a rest!