Are you in there?

A premature burial is a great way to sabotage your success. 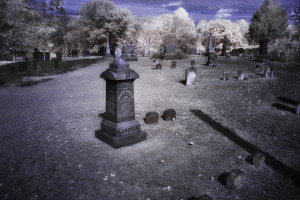 While an actual in-the-ground burial will certainly slow things down, there’s a more subtle but almost equally effective way to bring your forward motion to a grinding halt. You can do so by allowing your focus, energy, and excitement to get buried under:

So rather than have to dig yourself out, how do you keep yourself—and your business success—from getting prematurely buried?  See how well the following five tools work for you.

Trust in the power of authenticity.

Trying to convey an image that does not reflect the real you will come back and bite you in the butt. Not only is it hard work to pretend to be different than you really are, but you can’t sustain the façade over the long haul. Sooner or later, the very people you wish to attract will be turned off when faced with the results of your marketing bait-and-switch tactics.

The people who resonate with your natural style and message deserve a chance to find you. Likewise, those people who don’t resonate deserve not to waste their time—or yours—connecting with someone who’s not a fit for them.

As Julie Gilbert Newrai says, “Authenticity has no competition.”

Make your space work for you instead of allowing it to work against you.

You’ve probably had the experience of walking into someone else’s office and having it set your teeth on edge because it’s so different than your space. That’s okay; everyone has her own style of managing her environment. The trick is to honor your style AND tweak it to maximize your effectiveness and minimize your stress.

You don’t need to have a desk that’s clear of absolutely everything except what pertains to the project you’re working on right now. On the other hand, if you have to shovel a path to get to your computer, it’s time to de-clutter and re-organize so you can do what you need to do, easily and efficiently.

Pick a lane and stay in it!

You know how maddening and even dangerous it is to be around a driver who weaves from one lane to another, often with no warning. That sort of erratic behavior is just as potentially lethal for the effectiveness of your marketing efforts.

The reason so many consultants and coaches keep harping on “identify your niche and stick with it” is that there are always some entrepreneurs who try to be everything to everybody. The only thing they accomplish is to be nothing to anyone. That’s the almost inevitable result when you fail to identify, create, and convey a clear, compelling message for those people you and your skill set are best suited to serve.

Okay, that’s not a very elegant expression, but it totally conveys my meaning.

From what I’ve seen, losing focus is a problem of epidemic proportions. With so many demands on our time and attention, most people appear to have the attention span of a gnat—and that’s on their good days.

How do you keep your “eyes on the prize” instead of getting pulled off track? There are a number of highly effective techniques you can use. In fact, you may have heard of every single one of the following tools already. Now it’s time to actually implement one or more of them.

This is crucial, and it can take many forms. The trick is to find one that works for you, then stick with it.

For example, in an attempt to actually walk my talk, I took a moment to count how many windows I had open in my browser. Answer: six. You may be wondering how many related to tasks remaining on today’s strategically crafted To Do list. Answer: two. I shut down the other four and once again experienced the relief and surge of energy that comes with focus. (And, yes, I am the post child for the observation that “we teach what we most need to learn.”)

This highlights one of the most significant aspects of accountability: Most of us stink at holding ourselves accountable. In this example, you actually served as my accountability buddy—and see how well it worked? Since I knew I’d be reporting to you on my activity, I decreased my potential for distraction by 67% by going from six open windows to just two.

Do yourself and your business a favor: Recruit an accountability partner who won’t let you weasel out of doing stuff that’s important but not necessarily fun. Hire one if necessary; it’s an investment that will pay off hugely in terms of increased productivity and decreased stress. (Learn more about four other lies that rank right up there with “I can hold myself accountable.”)

Have you applied any of these techniques to not just keeping your head above water, but actually cutting through it with grace and ease? How specifically have you improved your results by using them?

Or are you one of the many people whose past attempts at staying focused have fallen short of what you’d hoped? If that’s the case, maybe it would be worthwhile for you and me to go on a virtual “first date.”

The bulk of the value my clients derive from our working together comes from the last three tools mentioned above. We clarify exactly who deserves to be the focus of their marketing; we identify what’s important to do and what’s a distraction, then we figure out how to implement the former and ignore or re-schedule the latter; and they rely on me to hold them accountable for taking the steps to achieving what they want.

At this point, whether you and I would experience that kind of success is anybody’s guess. But if we spent 30 or 40 minutes asking each other some questions and answering them, we wouldn’t have to guess. At the end of that time, we’d know whether a working relationship between us would be a really, really bad idea or a match made in heaven.

(BTW, thanks to greg westfall for posting the cemetery image in the Creative Commons section of Flickr.)

This entry was posted in effectiveness and tagged accountability, authenticity, focus, productivity. Bookmark the permalink.

6 Responses to Are you in there?